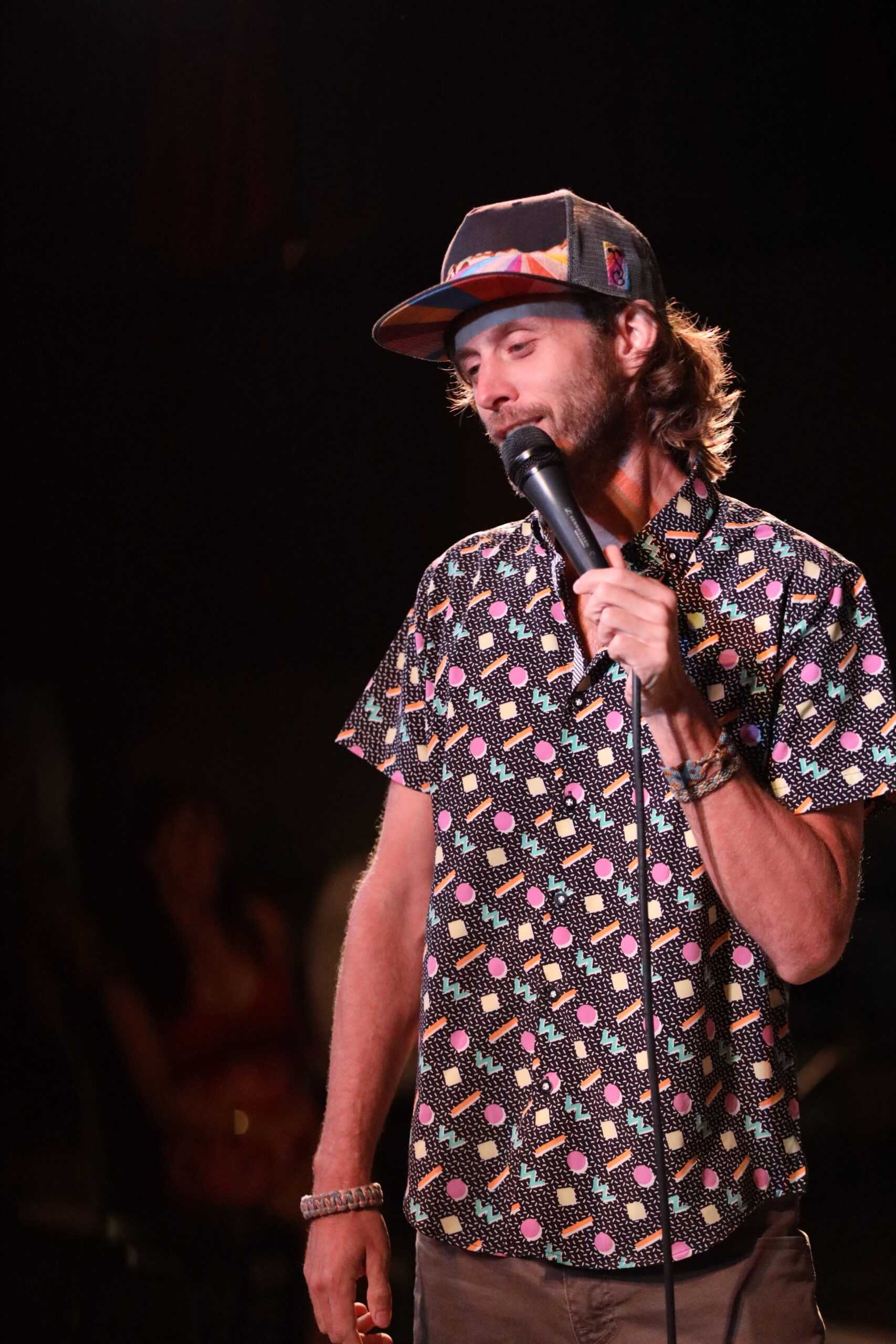 Gillespie has appeared on CONAN, Amazon Prime’s “Inside Joke”, and FOX’s “Laughs – All Stars”. Gillespie’s act a is a slaphappy balance of aggression and absurdity, coupled with a delightfully pushy persona that has earned him spots at some of the best festivals in the country including the Bridgetown Comedy Festival, Boston Comedy Festival, 10k Laughs, and High Plains Comedy Festival in Denver, CO. He was named a finalist in CMT’s Next Big Comic, runner up for Best of the Midwest at Gilda’s Laughfest, and his debut album “Steve Fever” was named a top 10 comedy album of the year by ComedyReviews.com

Gillespie has also had the pleasure of sharing the stage with some of the best comics in the country, including opening appearances for Dave Attell, Jim Breuer, Tom Segura, Kyle Kinnane, Tom Green, Harland Williams, Shane Mauss, Doug Benson, Emo Phillips, and Gilbert Gottfried.

Steve will be joined by Ryan Kahl and Senthil Rajasekharan.  Ryan Kahl is a stand-up comedian based out of Minneapolis. He is fun-loving, well-meaning, and very nice. Ryan started performing when he was 18 and has since opened for Sean Patton, and some of the best comics in the Midwest. He is a co-founder and co-producer of Clear Water Comedy, a comedy collective in his hometown of Eau Claire, WI. He was also selected as a 2016 Best Of performer at the 10,000 Laughs Comedy Festival in Minneapolis, MN.  Senthil Rajasekharan is a standup comedian who started doing comedy in Minneapolis/St. Paul in 2010. Senthil performs at clubs, bars, and other top venues across the Midwest including Goonie’s Comedy Club, Sisyphus Brewing, New Hope Cinema Grill, and many more. He also performs at popular comedy festivals and was recently a featured performer at the 1st Fargo Comedy Festival and The Great Spirit Comedy Festival. He has already been fortunate to open for nationally touring headliners such as Tim Harmston (Letterman), and Steve Gillespie (Conan). Senthil also works as a software engineer by day but no, he won’t fix your computer.

THIS EVENT IS SUPPORTED IN PART BY A GRANT FROM THE OSHKOSH AREA COMMUNITY FOUNDATION AND THE WISCONSIN ARTS BOARD WITH FUNDS FROM THE STATE OF WISCONSIN AND THE NATIONAL ENDOWMENT FOR THE ARTS.