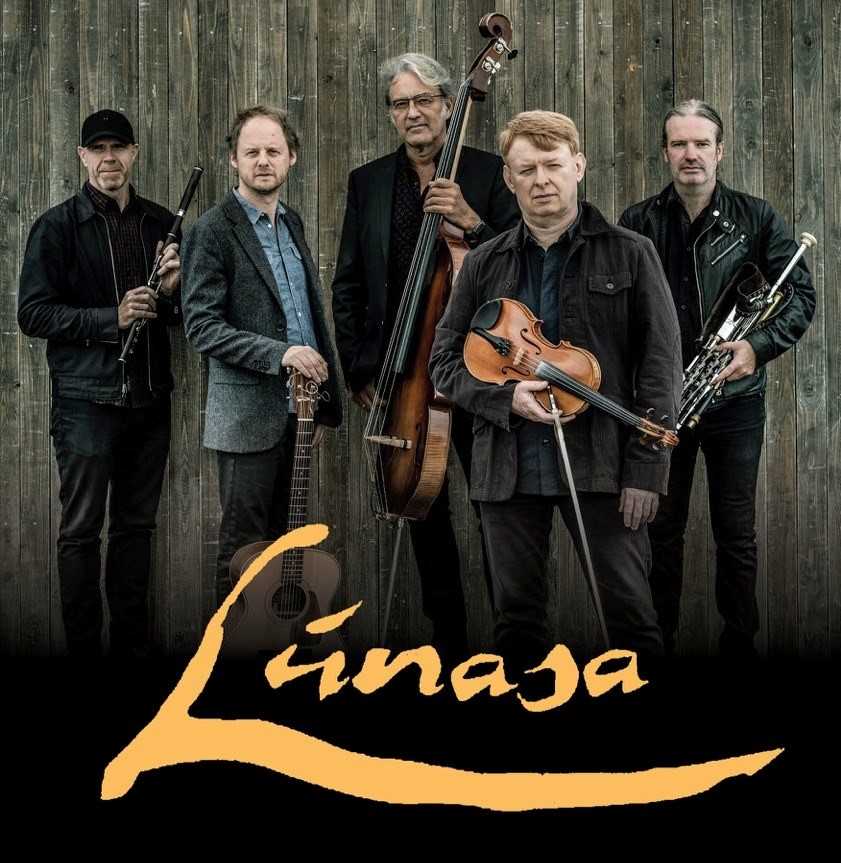 Named for an ancient Celtic harvest festival in honour of the Irish god Lugh, Lúnasa was formed in 1997 from members of some of the greatest Irish groups of the previous decade, an early review from Folk Roots magazine describing the band as an “Irish music dream team”. From the start, the band’s complex arrangements and unique sound reshaped the boundaries of traditional music and energized audiences the world over. Critical acclaim followed, The Irish Echo describing the band as the “the hottest Irish acoustic band on the planet”; MOJO magazine named the band “the new gods of Irish music,” adding that “nobody since the Bothies has wielded such a thrilling rhythmic underlay.” Billboard raved that “anybody who listens can’t help but find them contagious.”  Having since sold over a quarter of a million records and performed over 2,000 shows across 36 countries,  Lúnasa has won multiple awards and become one of the most influential bands in the history of traditional music.